The Nigeria’s Super Eagles with a set of home based players set up an impressive outing against the host country Ghana by defeating the Black Stars by 2 goals to nothing in a match played last night. The last match in the group in the ongoing WAFU Cup of Nations ensured Nigeria qualified for the semi-final stage Monday night.

Two successive goals were scored in the second half by Anthony Okpotu and Peter Eneji to make sure Nigeria qualified by placing 2nd in the group with a total of 5 points from three matches, Ghana came 1st in the group having defeated Mali and Sierra Leone in earlier matches.

Okpotu opened scoring for Super Eagles exactly in the 52nd minute after clearly beating his marker inside the box off a brilliant ball exchange from Eneji before meticulously slotting it past the Ghanaian keeper.

Three minutes after, Eneji increased Nigeria’s lead after slamming in a superb left-foot strike from the edge of the box after a cross from Chima Akas coming from the right hand side of the Ghana side. With this performance, the Super Eagles scale through to the semi-finals whilst other group opponents, Mali and Guinea also played 1-1 draw in their last group game and that means they both settled for a total of 2 points each in the same group.

Peter Eneji of Nigeria was voted man of the match.

Previous Over 60 Donate Hair at “Locks of Love’ Hair Initiative
Next Meet the amazon behind African Women’s Development Fund who is also the wife of Minister of Solid Minerals – Her Excellency, Erelu Bisi Adeleye-Fayemi 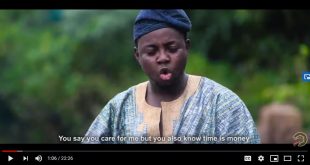 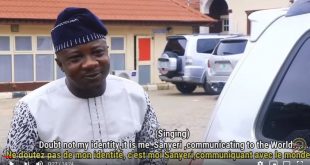