ONN remembers late ace broadcaster and the former General Manager of Unique fm Ilesha, Opeyemi Fajemilehin.who gave up the ghost exactly three years ago; he lost the battle to unusual upsurge in his blood pressure but we believe God has a purpose for everything. We cannot but wish those he left behind continuous God’s protection and may his soul continue to rest in the bosom of the Almighty.

Suffice to say here that Late Opeyemi (a.k.a Akorowosi) among other radio programs, presented “FAJEMILEHIN ON FM”, “PIRILOLOGO NJI” on Radio Lagos Ikeja. He also anchored “FAJEMILEHIN ON THE ROCK” on Paramount FM 94.5 Abeokuta. He was also a producer of some Nollywood films which included among others, “AMOPE OLOWO SIBI”

Fajemilehin was indeed a true patriot, a selfless personnel and was one of those who gave all the needed support to the publisher of ONN to begin a pioneering digital publication in Nigeria in the year 2006 which brought a new chapter to news reporting in Nigeria. ONN publisher, Mr Ladi Jolaosho also designed his website “http://www.opeyemifaje.tripod.com” which served as the reference point for all after his death. 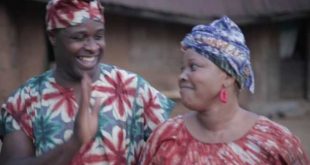 A new film about to be released into the market,  ERU BABA OBA from the …