Born on the 25th of February 1925, Alhaji Aliyu Shagari’s great-grandfather founded the village from which the family took its name. Shagari was educated at Kaduna College and taught school briefly. As one of the few northerners to show an interest in national politics, he ran for office in 1954 and was elected into the federal House of Representatives. Thereafter he held several posts and was a member of every administration after Nigeria’s independence in 1960. After a military coup in 1966 ended civilian government, he retired to his hometown.

He went to school in Kaduna and taught briefly while his great-grandfather was said to have established the village coined after the family name. His interest in politics grew and he became one of the very few northerners who developed political interest; Shagari was elected to the House of Representatives in 1954. He was given several political posts especially in the post-independence era. He retired to his country home following the 1966 military coup.

He became federal commissioner for economic development under the regine of Gen. Yakubu Gowon and eventually won the 1979 presidential race, narrowly defeating Chief Obafemi Awolowo. His regime resulted in a bad Nigerian economy which led to crisis in 1980s. Despite taking several steps to strengthen the economy such as budget reduction, loan from IMF, expel of two million aliens who were mostly Ghanaians in 1983, corruption under his nose was gigantically unfathomable. The military administration of Gen. Buhari, the present president of Nigeria forcefully took over power from him on 31st of December 1983 and banned him for life from participating in Nigerian politics in 1986.

Previous Ojopagogo, Wife Collaborate With Rising Stars For “Ife” Love Song
Next I See Myself as Foremost Indigenous Rapper in Nigeria – Hembrilz 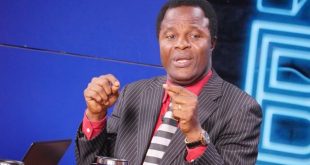