The Lagos State University (LASU), Ojo yesterday  Tuesday 9th of July, 2019 inaugurated the newly elected executive members of its Alumni Association to pioneer the affairs of the association till the year 2022.

Mr Olateju Shonaike, Chairman, LASU Alumni Association Board of Trustees (BOT) said that the inauguration was important and any executive that waved it had committed an aberration.

“This inauguration is line with the dictates of the university’s founding fathers, and we are here to do it the way the university wants it to be done, ” he said. Sonaike said that the Alumni association was not an all comers affair, but for those who had the heart to donate out of their resources for the development of their alma mata.

He charged the newly elected executive officers to resolve to give out of their resources in addition to the fund that would be generated from other donors to build the university. He prayed that before the end of the tenure of the executives, the LASU International Conference Centre would have been commissioned.

In his address, titled : “I Believe We Are Ready”, Prof. Olanrewaju Fagbohun, Vice – Chancellor, LASU, lauded the executives of the Alumni for their determination to add value to the university. Fagbohun said that the Alumni was made up of three groups : the Give group, the Take group and the Social symbol group.

He said the desire of the Alumni must be to give the university an enviable status, assuring that the university management was ready to key into its agenda. “You must set your plan of action, draw a timeline, forget your differences and focus on your assignment.” Prof Fagboun advised.

In his acceptance speech, Rtd. Maj.-Gen. Cecil Esekhaigbe, re-elected President of the Alumni, said the association would continue to give the university and its conglomerate full support. Esekhaigbe expressed optimism that the Alumni executives would deliver on their mandate, following the background and quality of the people elected.

“To whom much is given, much is expected. The best is expected of us and mobilization is very key to harness all our resources”. He reiterated that “I call on all LASU Alumni to collaborate with us to restrategise, toward meeting our demands”.

The new executives were sworn in by the University Deputy Registrar, Legal, Mrs Olajumoke Boyejo. The ceremony is coming following the Association gathering held on June 22 which was the maiden Alumni International  Conference held in Abuja, Nigeria. 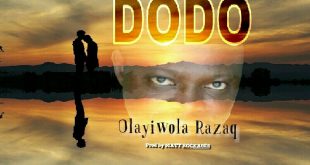 The Great RR Olayiwola Razaq Set to Drop Another Single

The Great RR, also known as Ojopagogo in the entertainment industry has concluded arrangements to …