The lawmaker representing Amuwo Odofin constituency 2 in the Lagos State House of Assembly, Hon. Rauf Olawale has expressed his sympathy to the Nigerian youths as well as families of those who were shot and wounded by security operatives at Lekki toll gate as well as other areas in 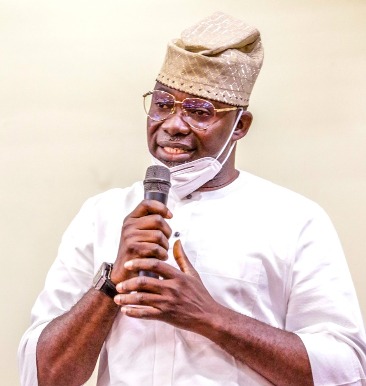 In a chat with ONN, Hon. Rauf Olawale said his heart bleeds to see the pictures and videos of armless youths and individuals who fell by the bullets. He therefore frowned at the use of force to establish obedience in such circumstance.

While making reference to the constituency where he represents, the lawmaker thanked the people for the understanding and urged them to remain as calm as ever, while he continues to press further for their rights and privileges at the Assembly.

He also urged other residents in the state to remain as peaceful as they can since the Lagos State House of Assembly headed by the Rt. Hon ( Dr) Mudasiru Ajayi Obasa has been on its foot to ensure that the demands of the youths are met by the government at both the states and by extension federal levels by matching actions with words in our Legislative duties. This is exemplified by our usual prompt/ switch responses to emergency situations in the State.

Hon Rauf Olawale Age-Sulaiman further stressed that the gentility of the Youth especially in his constituency is not a symbol of timidity but the belief that things will be better discussed at round table after the expression of interest. He therefore implore them to be law abiding and see reasons with Lagos State Government and the entire machineries of Governance in the efforts to realize the Lagos of our DREAM